There he was, the photographer from Vienna with a small backpack and his camera equipment, on this unique European island called Iceland.

I have heard a lot about it, browsed through many pictures on the Internet and listened carefully to reports from friends and acquaintances. But being there yourself is something completely different. The way from the airport to Reykjavik, Iceland’s capital, is phenomenal and you don’t really know whether you are on Mars, Saturn or on a deserted island somewhere in the ocean.

That is why I was so pleased to meet Michelle and Patrick from Solingen (Germany) outside of the internet and to have an adventureous couple shoot in Iceland. The two lovebirds are super funny, have the understanding for the certain humor, have a kind of passion for tattoos and behave in front of the camera as if they hadn’t done anything else before.

We first met in Reykjavik, by the way a great and worth seeing city with all the small shops, in a cafe to warm up and then started in the direction of the famous ring road!

It was raining right at the beginning, nature let the fog rise here and there. But the feeling of being in Iceland, was still breathtaking.

Michelle initially had the idea of ​​going for a swim, so we first headed to the pool called Seljavallalaug. It wasn’t easy to find though…

The short hike from the parking area to Seljavallalaug was quite pleasant and uncomplicated. On the way there we also took the opportunity to do a small photo shoot in a lupine field. By the way, lupins are scattered over large parts of Iceland and are really beautiful flowers that have a slight violet / purple tinge. Great information for all the plant lovers, right?

One thing should not be missing from our bucket list, of course…the DC-3 wreck from Sólheimasandur. Here you can read more about the story behind Iceland’s most photogenic crashed plane.

Somehow mystical this atmosphere there, but the most important question at the moment was rather: “Why didn’t Patrick and Michelle bring weatherproof jackets with them?” Only dressed in a dress (including a liquid-sucking hoodie) and Patrick with a jacket, they did fight their way through stormy conditions until we finally discovered a small point on the horizon – the remains of the plane. Nevertheless, it was very worthwhile, even if the hype about this thing is somehow too big. However, the aircraft is extremely suitable for a couple shoot.

Then we made a detour at the southernmost point of Iceland – Cape Dyrhólaey.

When Michelle couldn’t get out of the cold, I showed her the Skógafoss waterfall at a time when most of the tourists already has dissapeared and she said “yes” again. A roaring waterfall of superlatives – probably the most famous of Iceland – despite everything so impressive and powerful and in addition to it this sound of falling water. What a day!

If you also want to book a couple shoot in Iceland, contact me directly through this contact form.

Have fun browsing the blog! 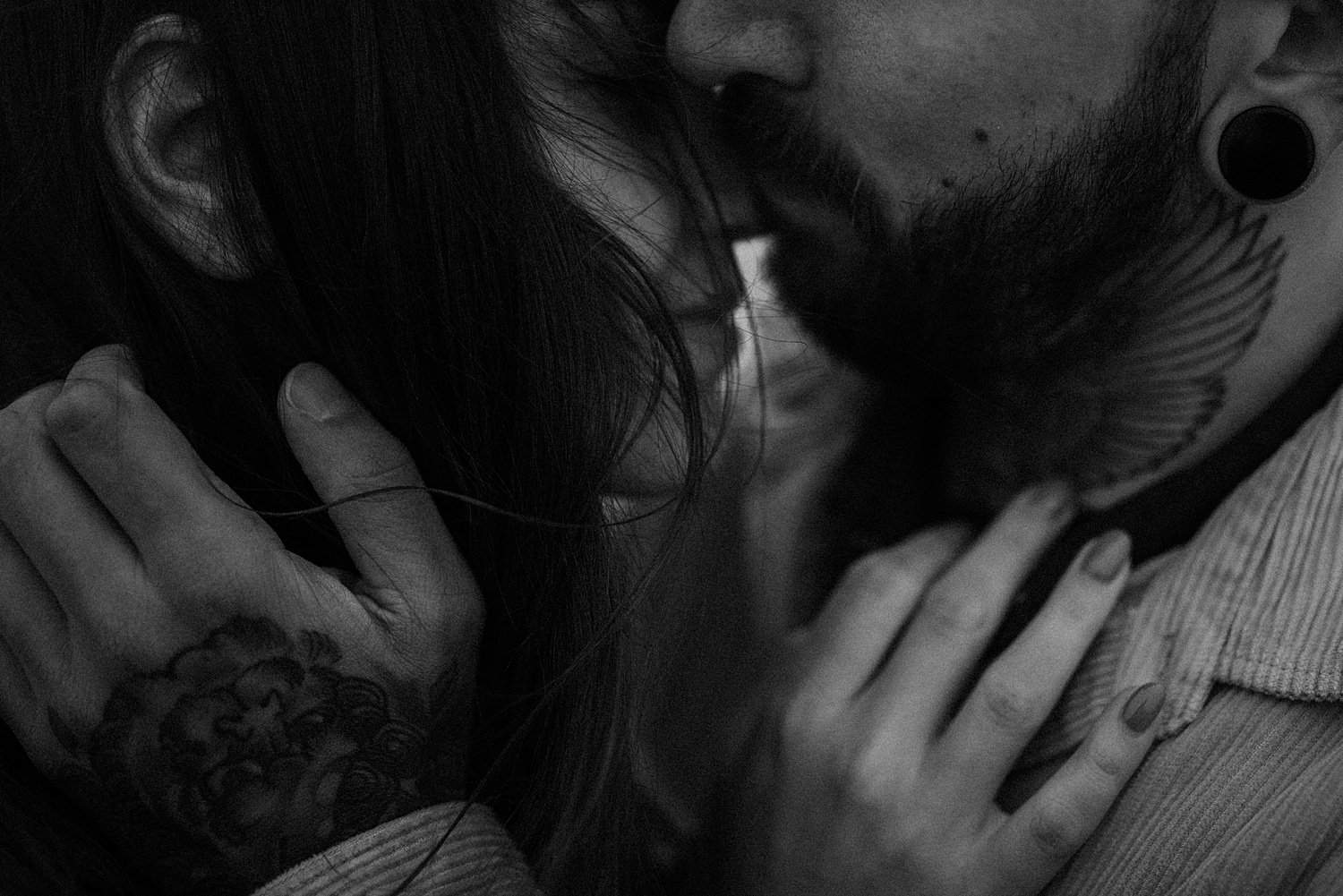